Nastya didn’t like Kyiv at first. Everything changed later on. Having studied here for 2 years, she went back to Lviv, missing her favorite places in the capital. Instead of taking a backpack with three sets of clothes for a photoshoot with me she brought to Kiev an invitation to walk around Podol at twilight.

I like twilight too – it is the time when the day meets the night. Together they mingle their colors, erase the fringes of the visible, and the things that seemed complicated and intangible during the day become simple and tangible.

I also like photographing people in the place that they have strong memories about.
I guess that people can allow themselves to be open and vulnerable in the places where they experienced some deep feelings. They just can’t pretend and play different roles there as you can’t lie at your old friend’s presence who knows you at your best.

These are the photos about the tet-a-tet time with the city. About diving into oneself. A bit dark and melancholic but melancholy is so charming at times. And the girl here appears to be exactly so – a big city’s melancholic dreamer. You might not spot her in the crowd, especially when you hurry somewhere, however, having looked into her eyes once, you will never take her for somebody else. 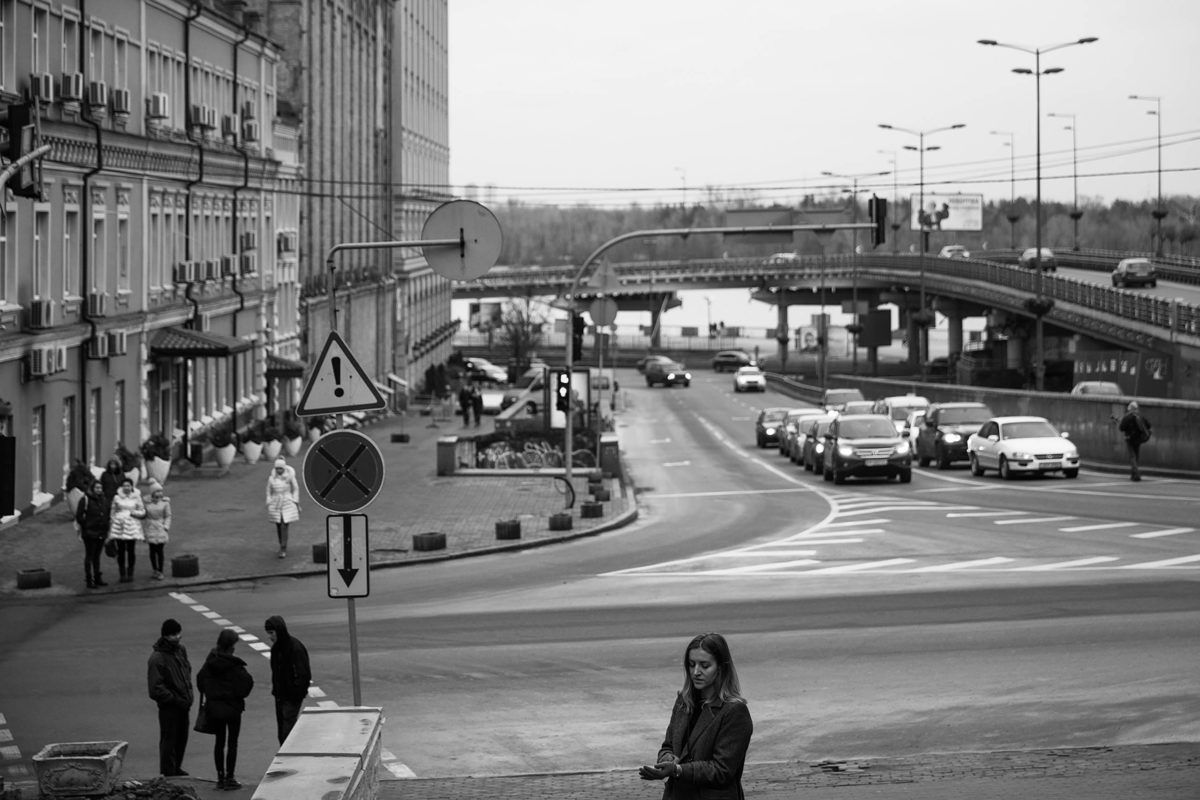 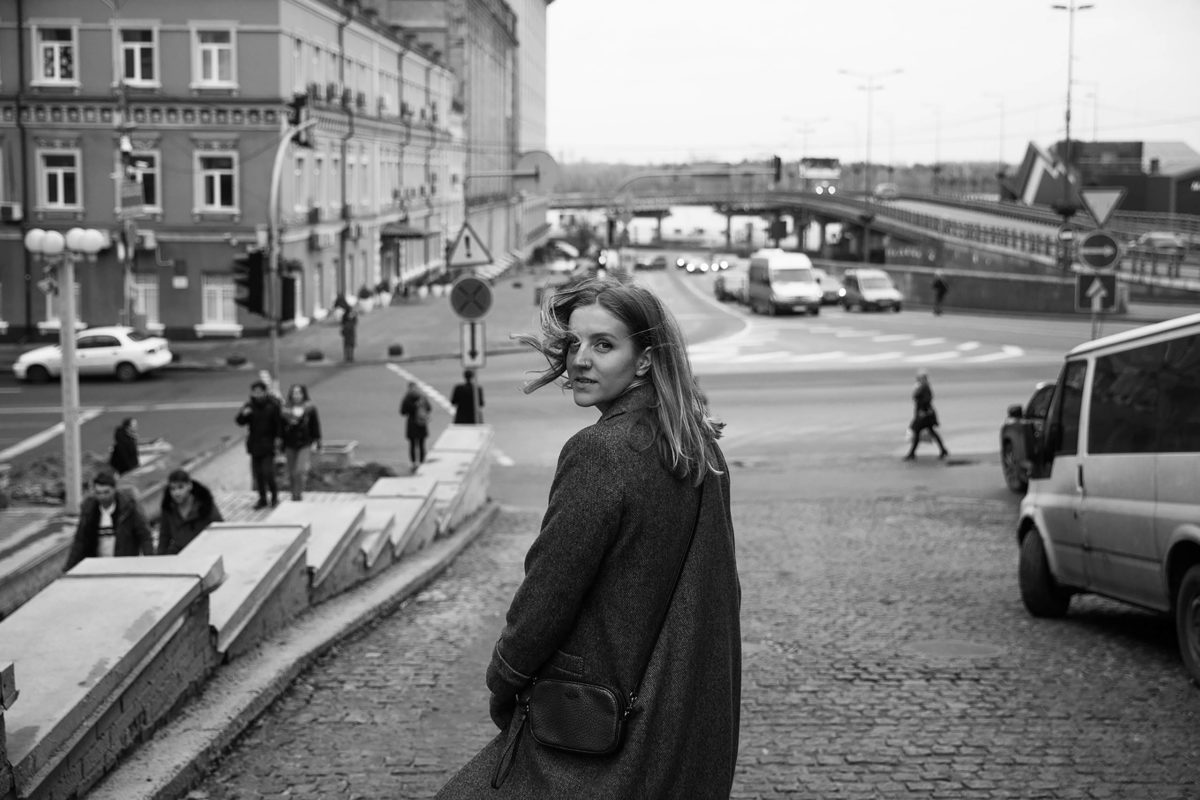 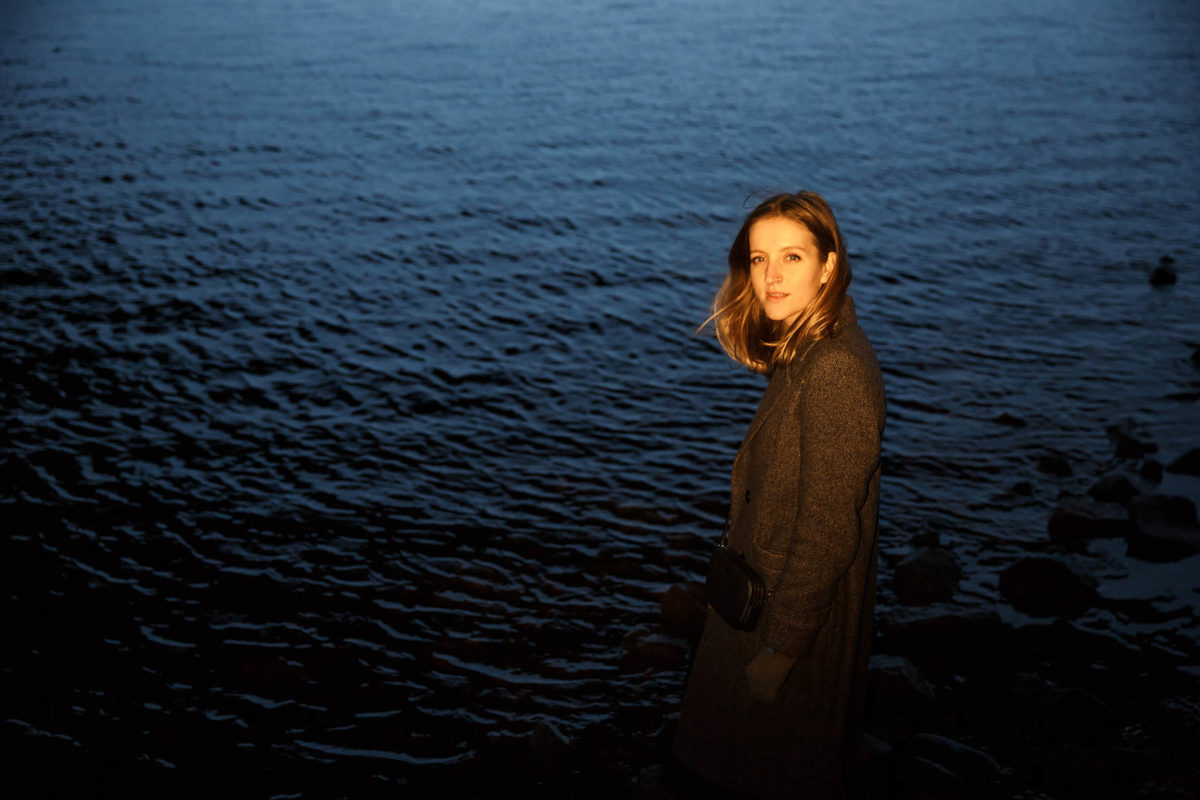 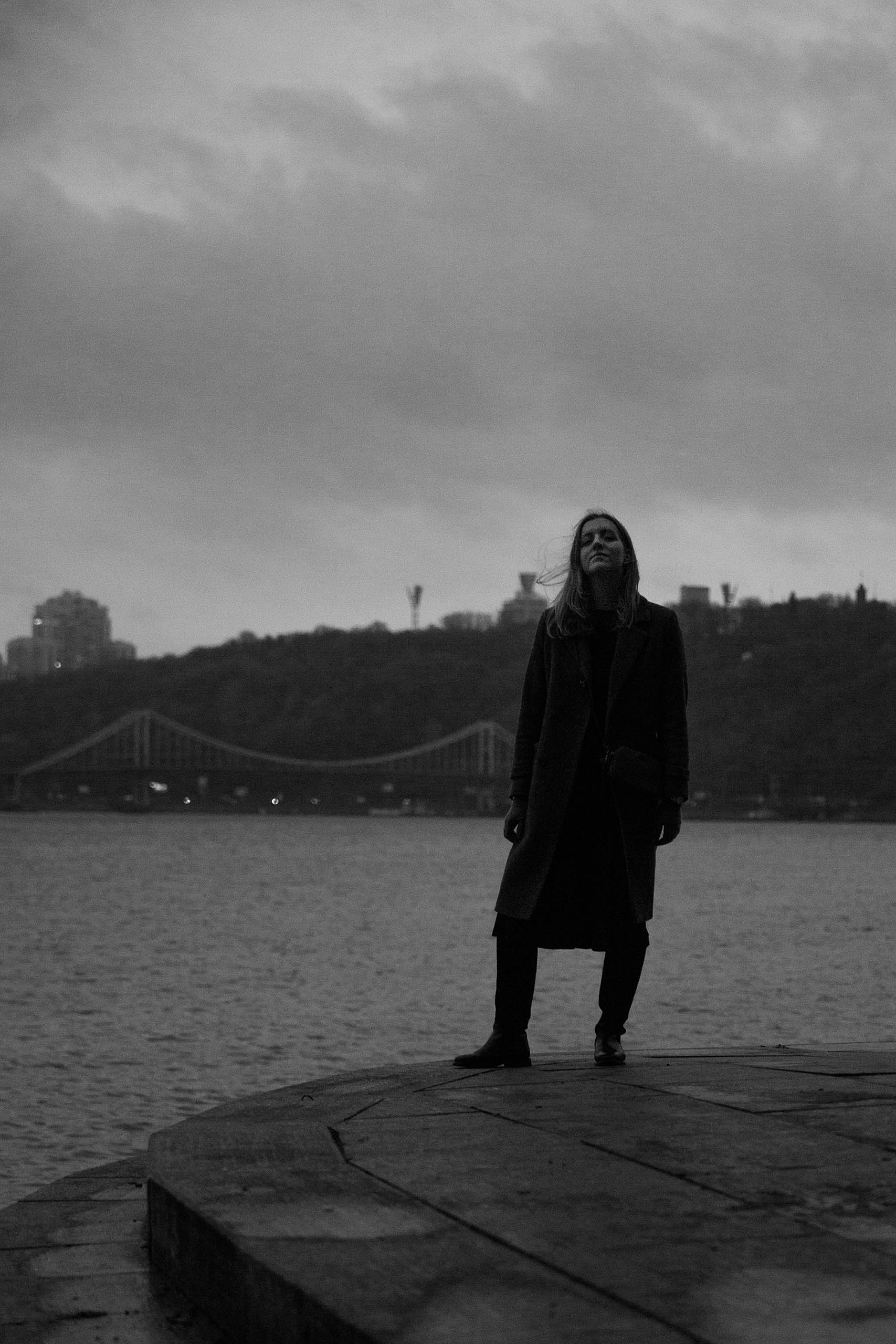 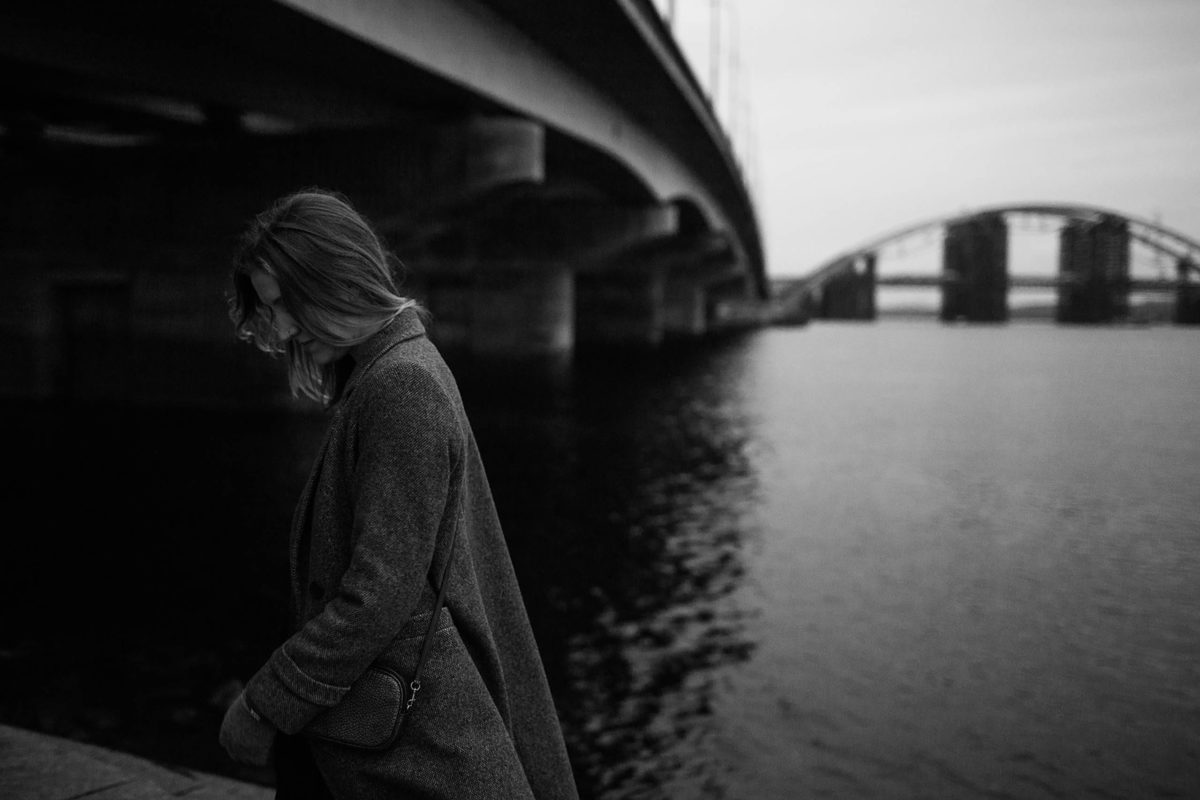 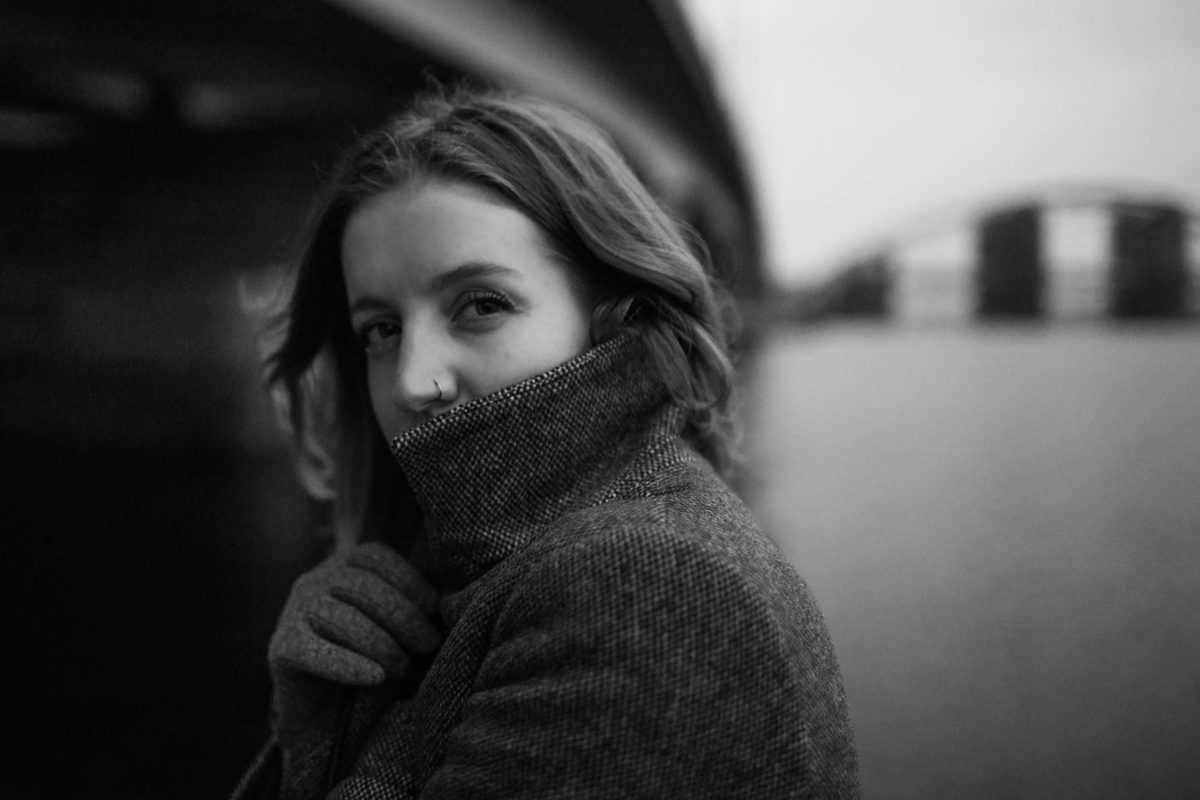 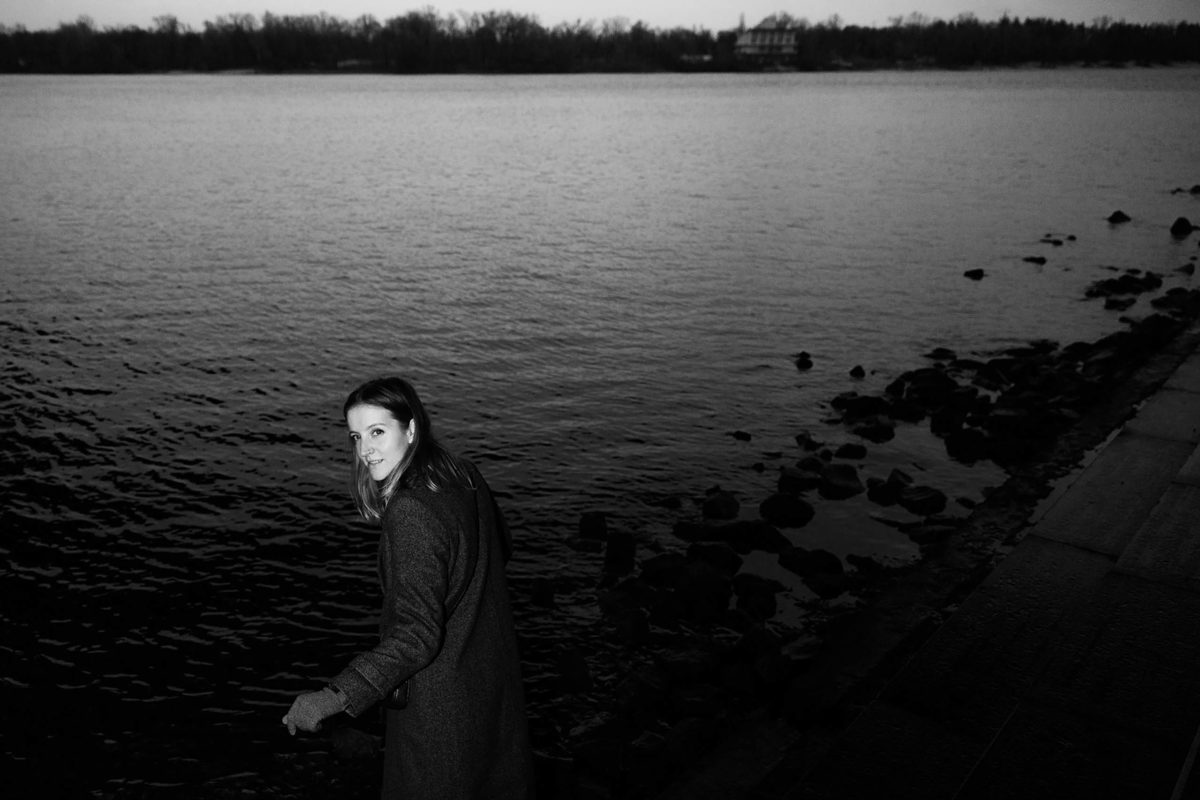 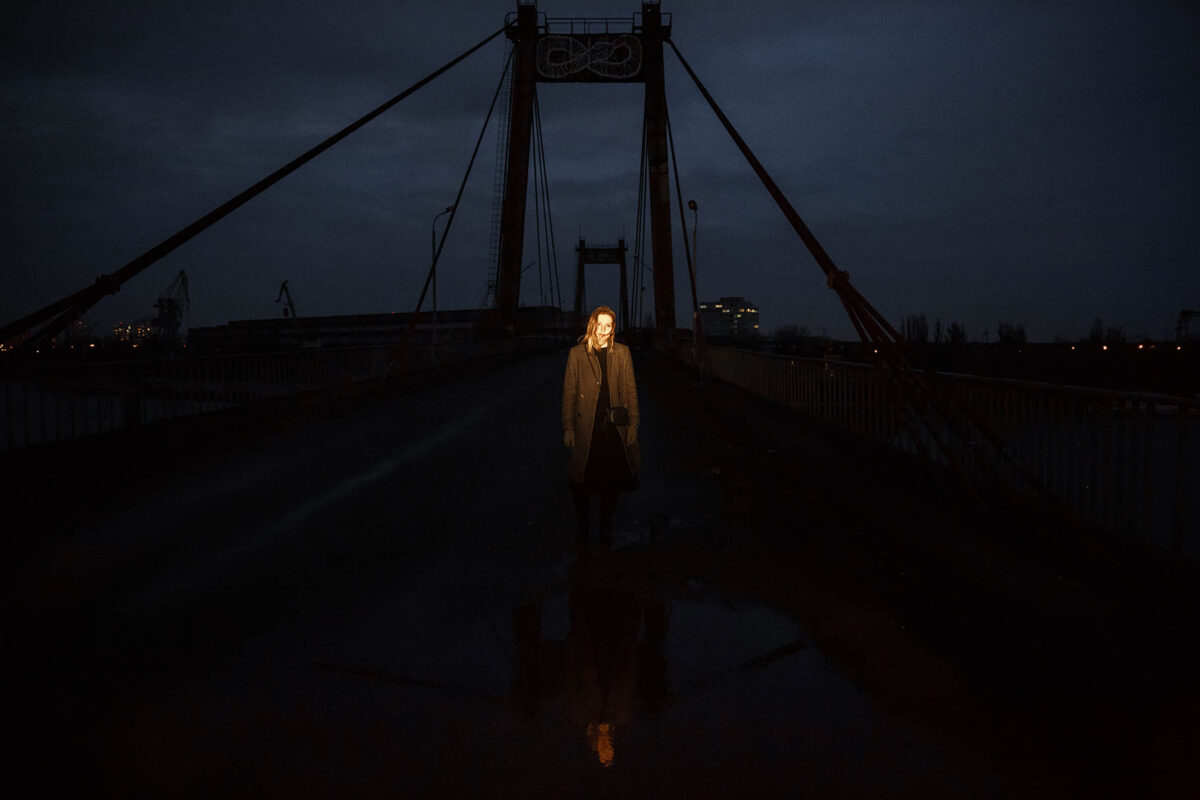 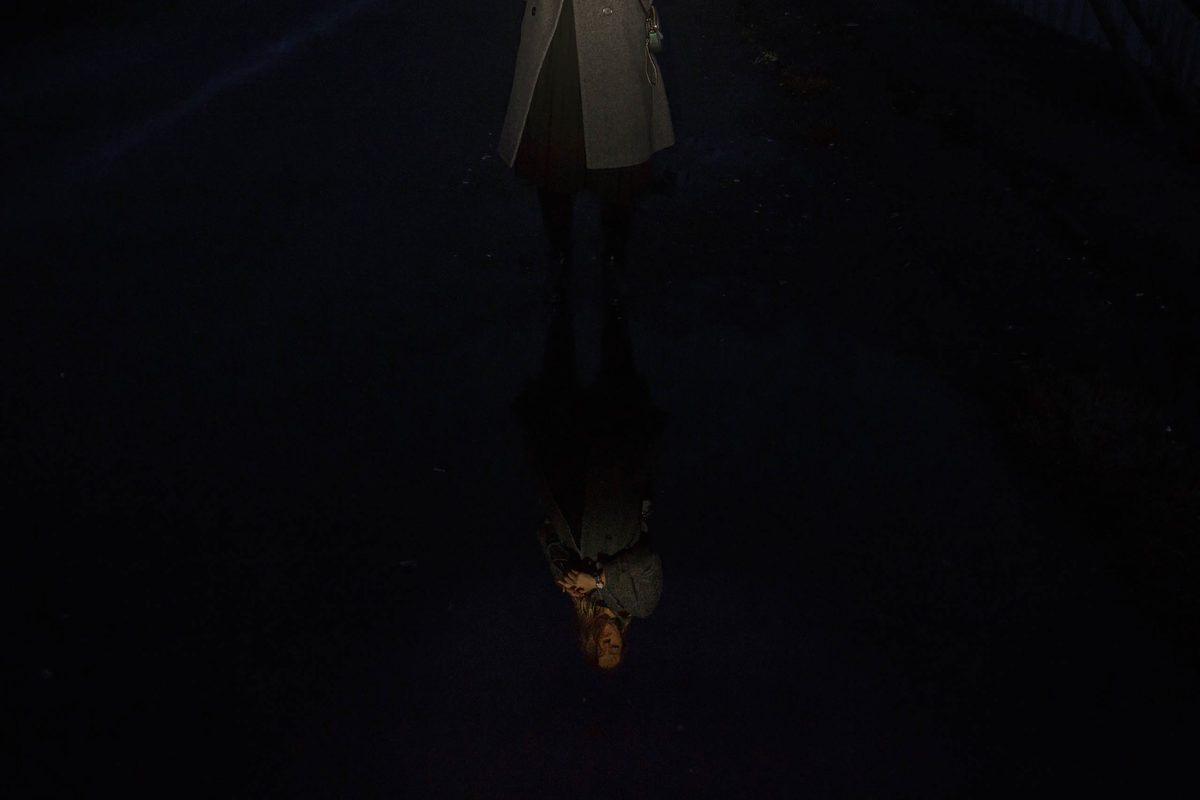