Lake Bled and the wet dress

– Are you kidding? The water is cold! – said Vika.
− If we don’t jump in, you can say, we’ve made this 900 km in vain. Vika, none of your friends has such a photo. And you just can’t think of a better ending of our trip!
Vika was looking at the water hesitantly, but after the argument about her friends, I could see the sparkle of interest appearing in her eyes.
− Guys, make up your mind. – said I. − 15 minutes more and it will be completely dark and I won’t be able to shoot anything.
− What if the dress drags me down? – Vika continued.
− If you start drowning, I will jump in too. – responded I. – However, I will take a picture first.
They made two trial runs. Andrey told Vika what leg to kick off from the pier and how to come up to the surface. I prepared my camera and fished out a bottle of Beсherovka (herbal bitters made in the Check Republic, a popular alcoholic drink – a translator’s note).
Later on, when I was showing the picture to my friend, he responded: “Lucky man. It’s nice when people trust you so much that they aren’t afraid to jump in the lake in your presence”. 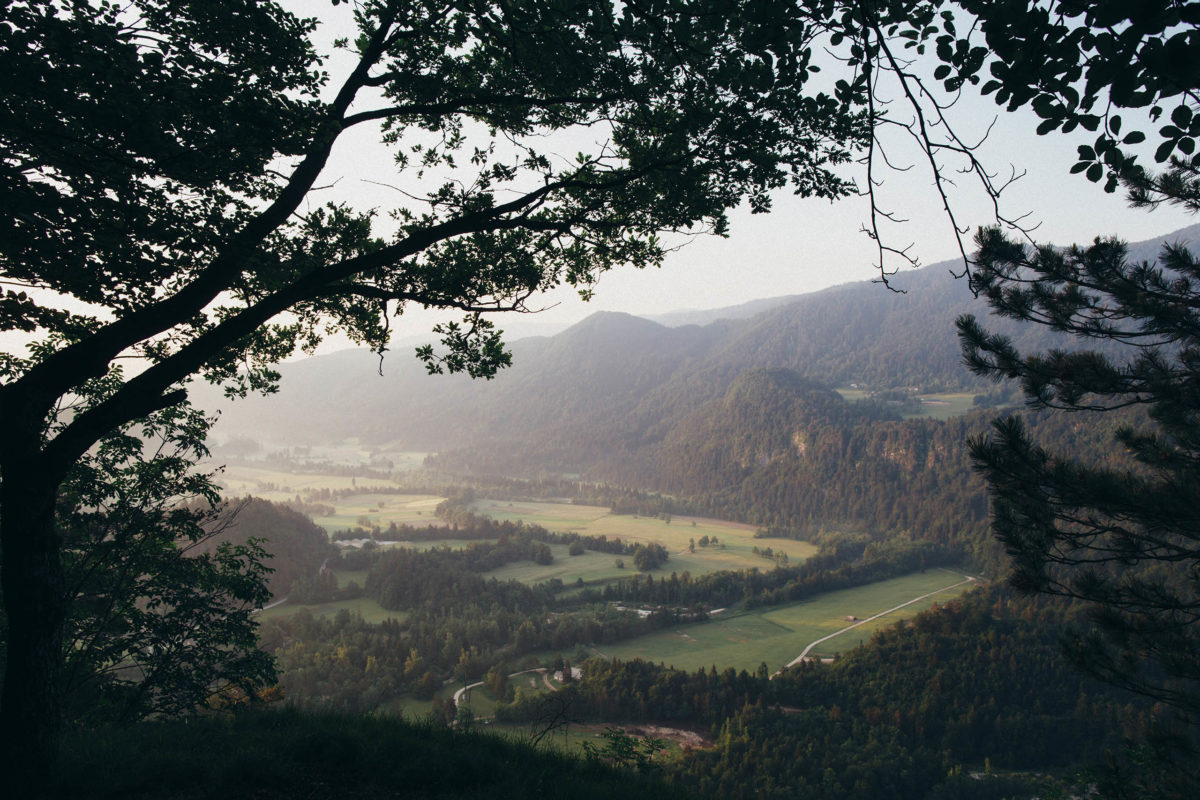 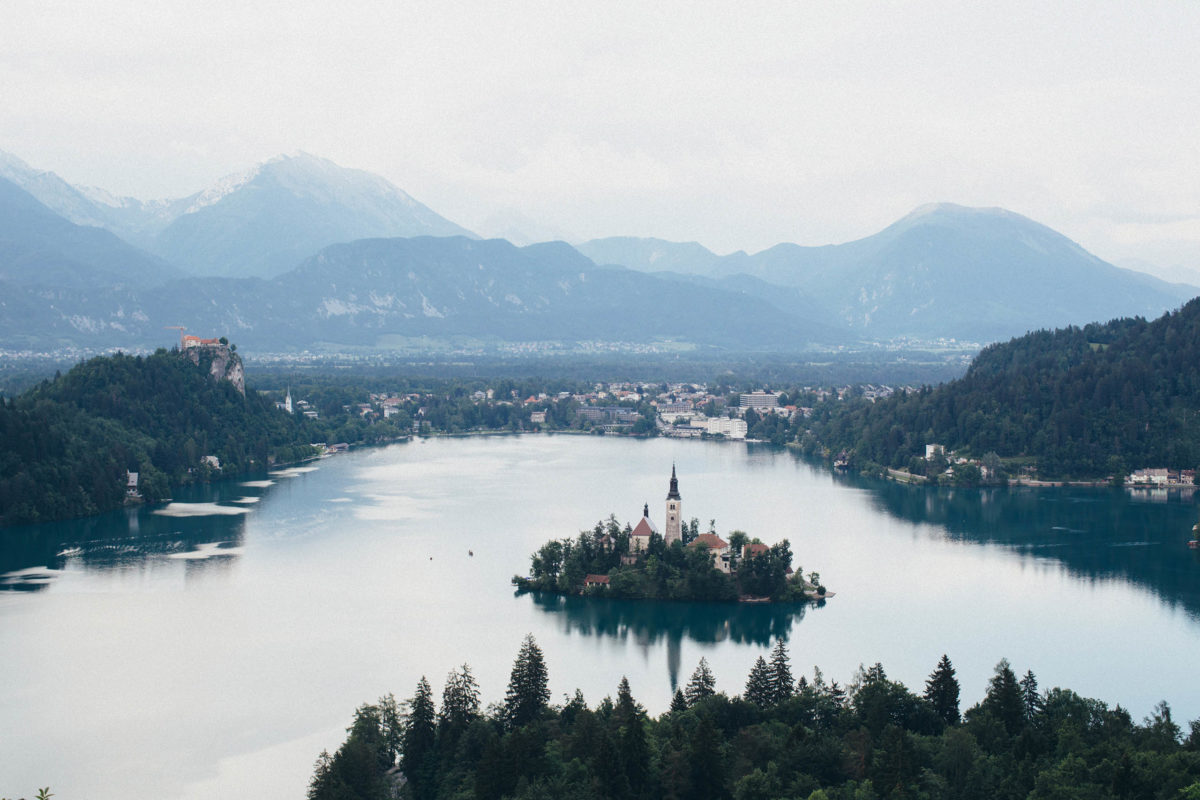 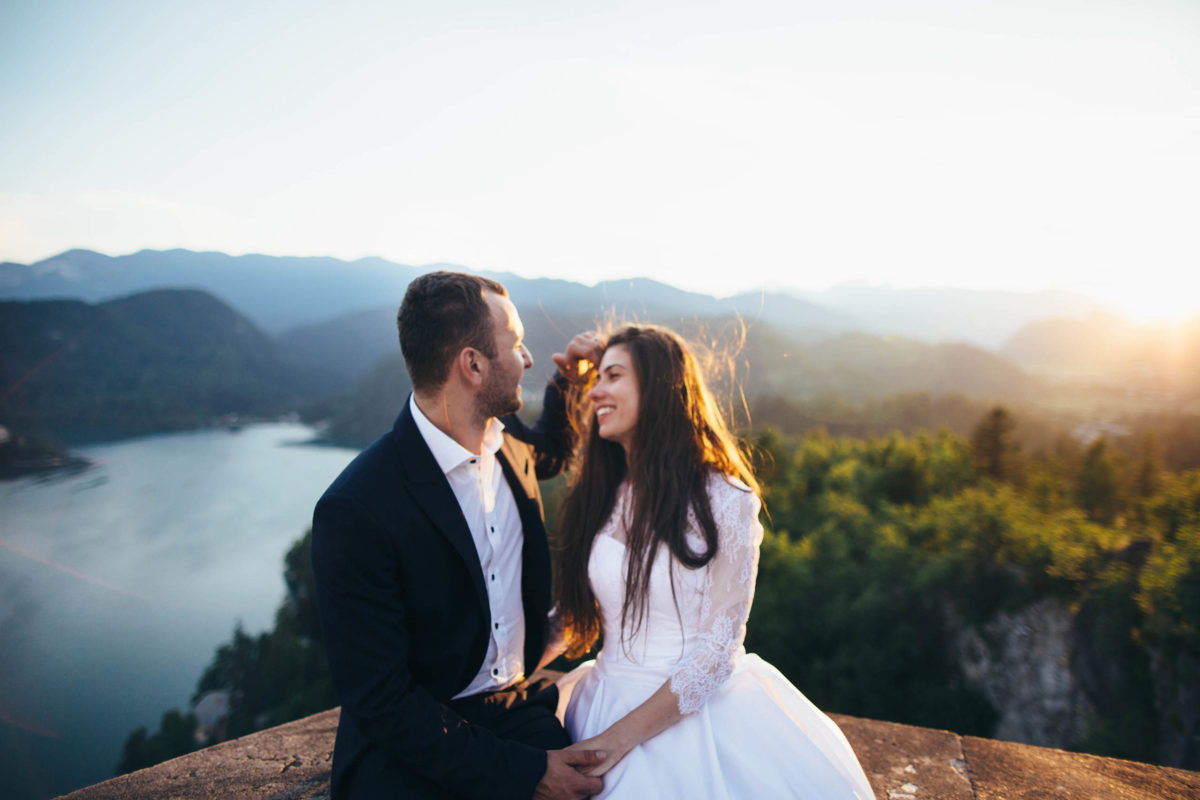 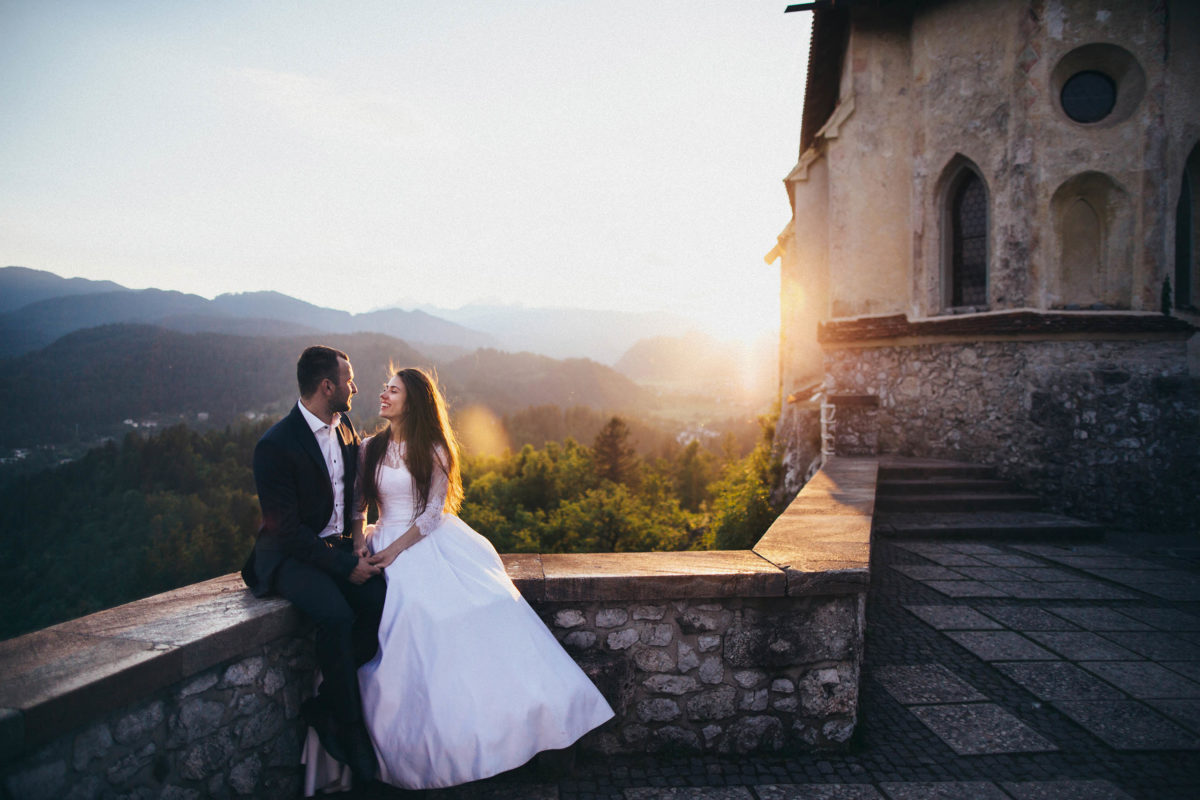 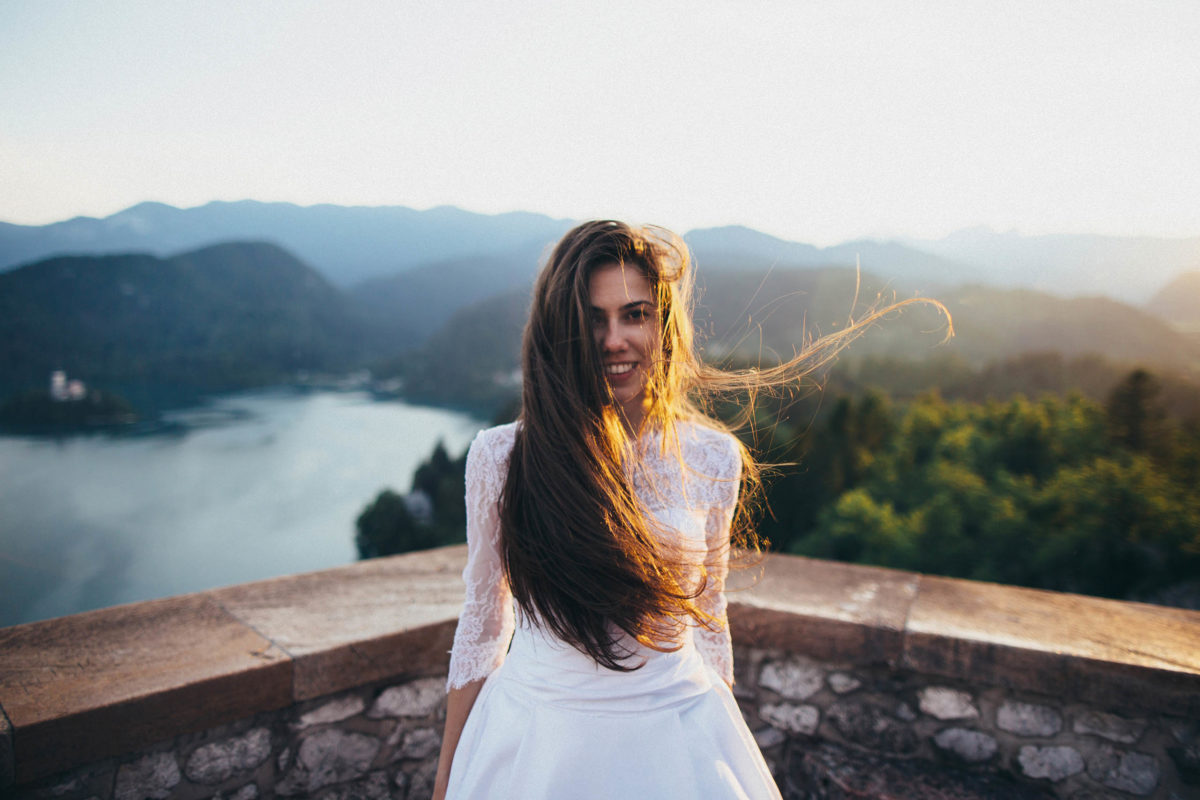 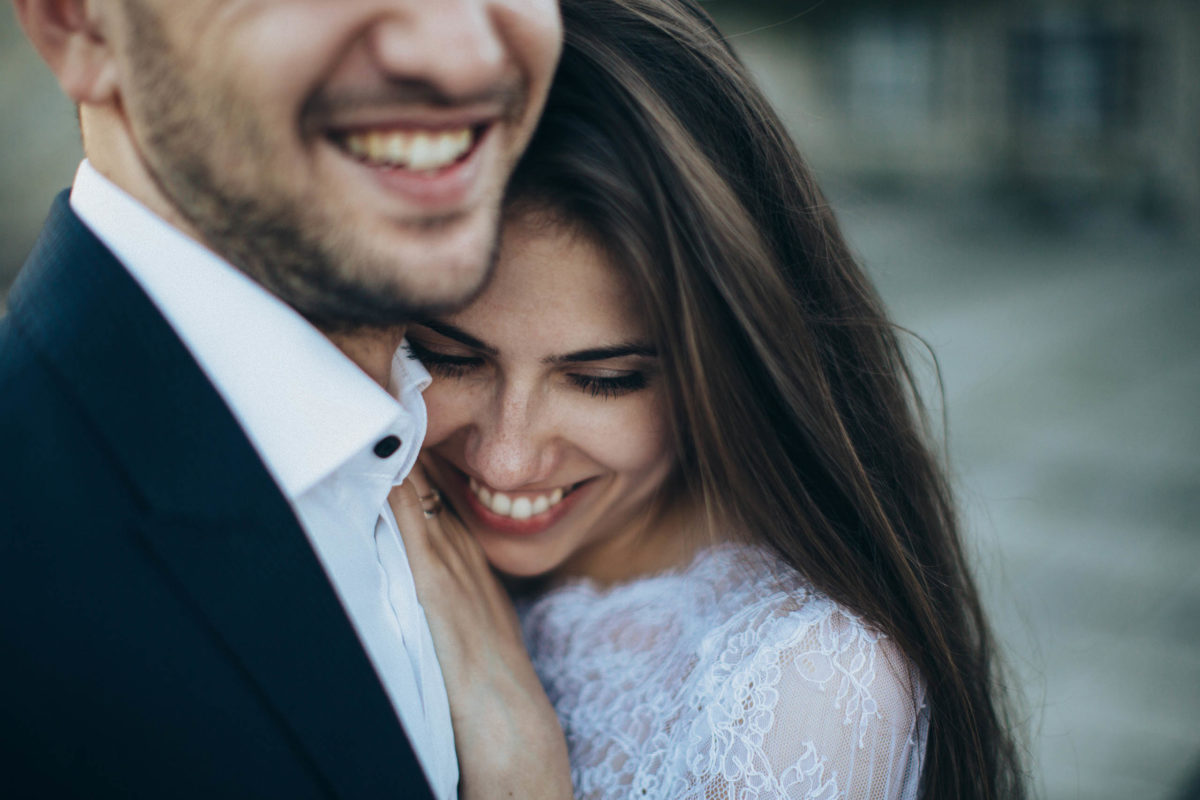 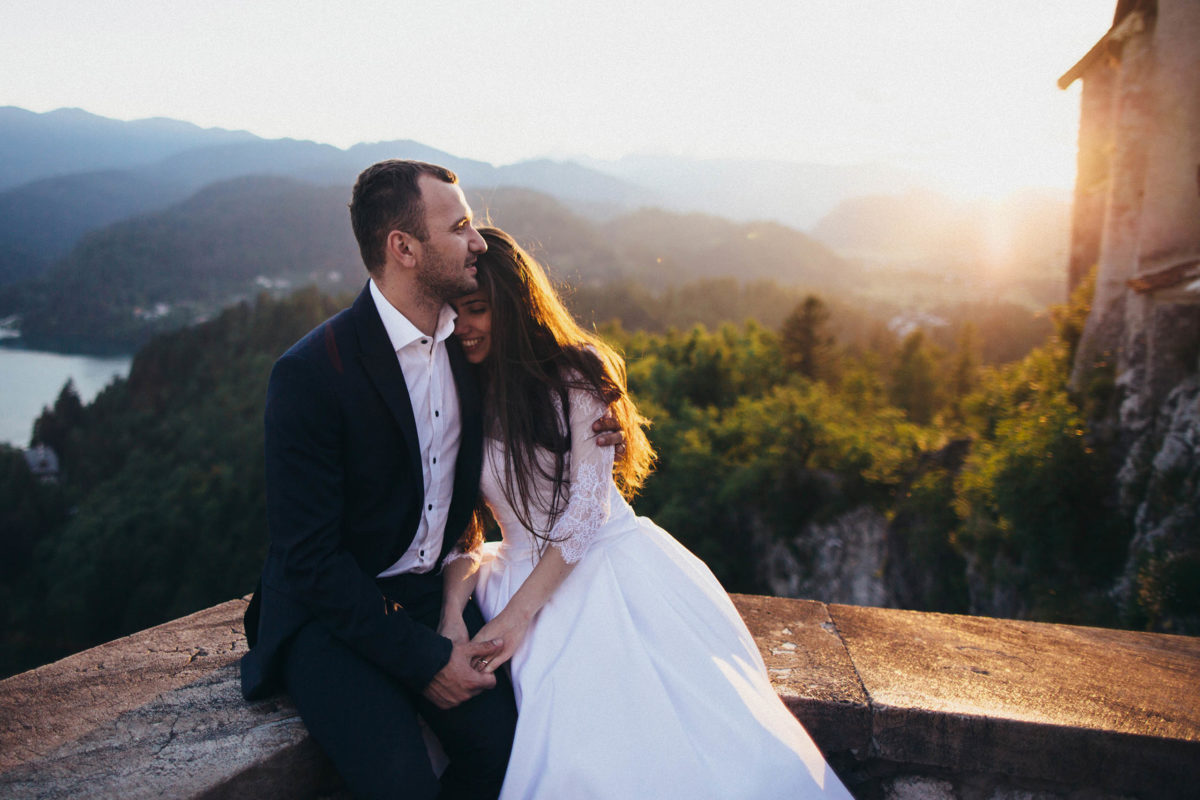 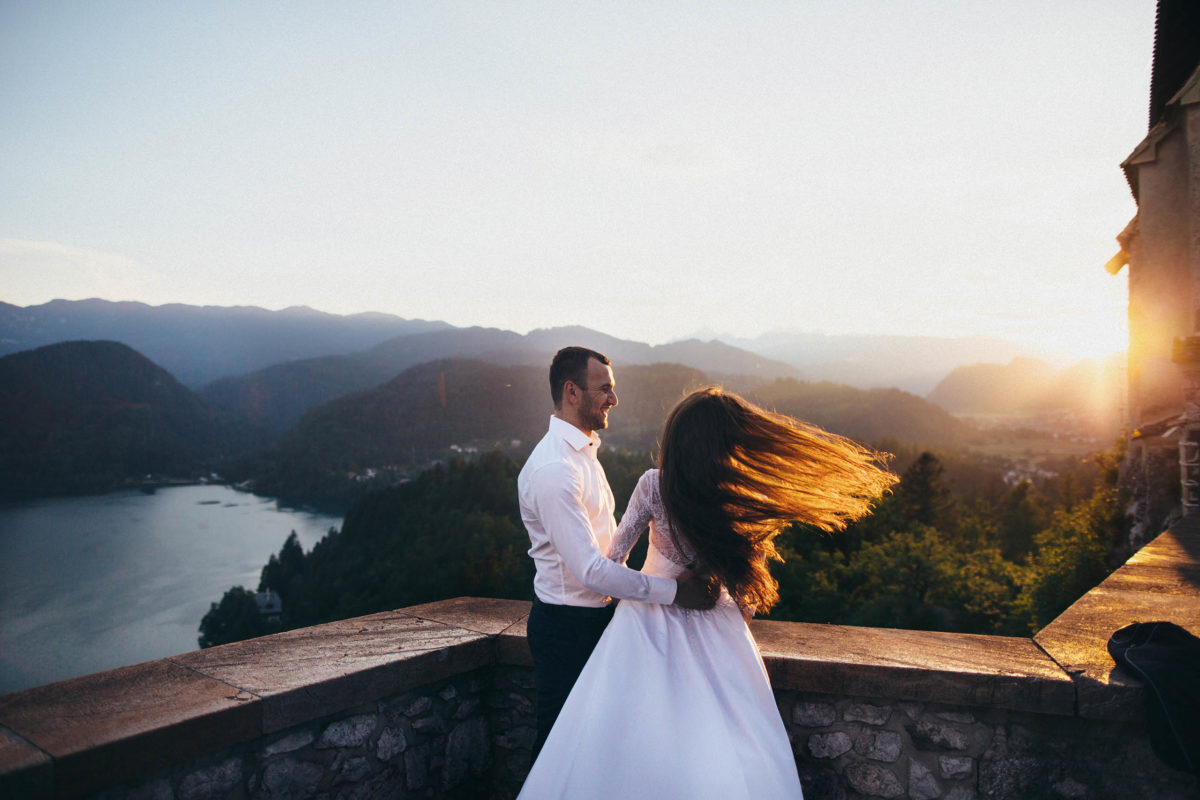 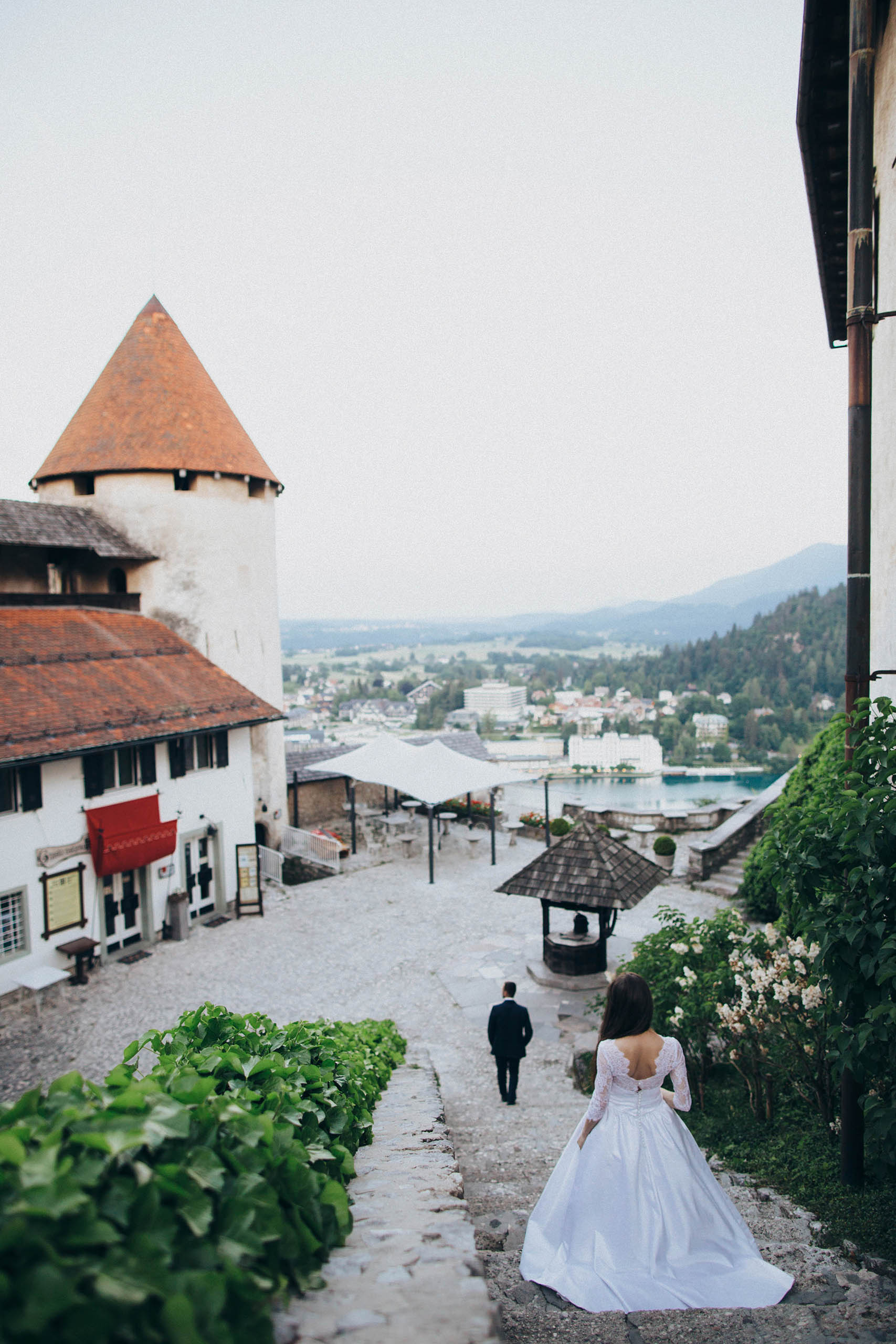 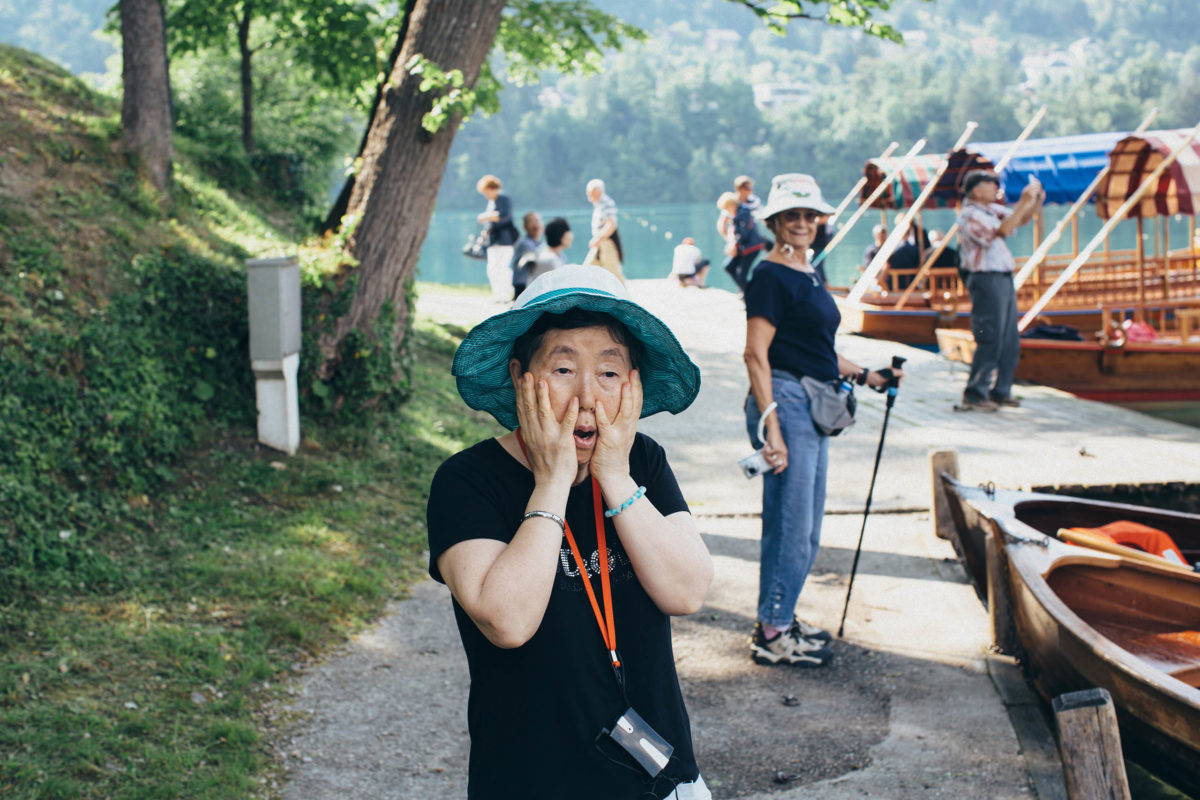 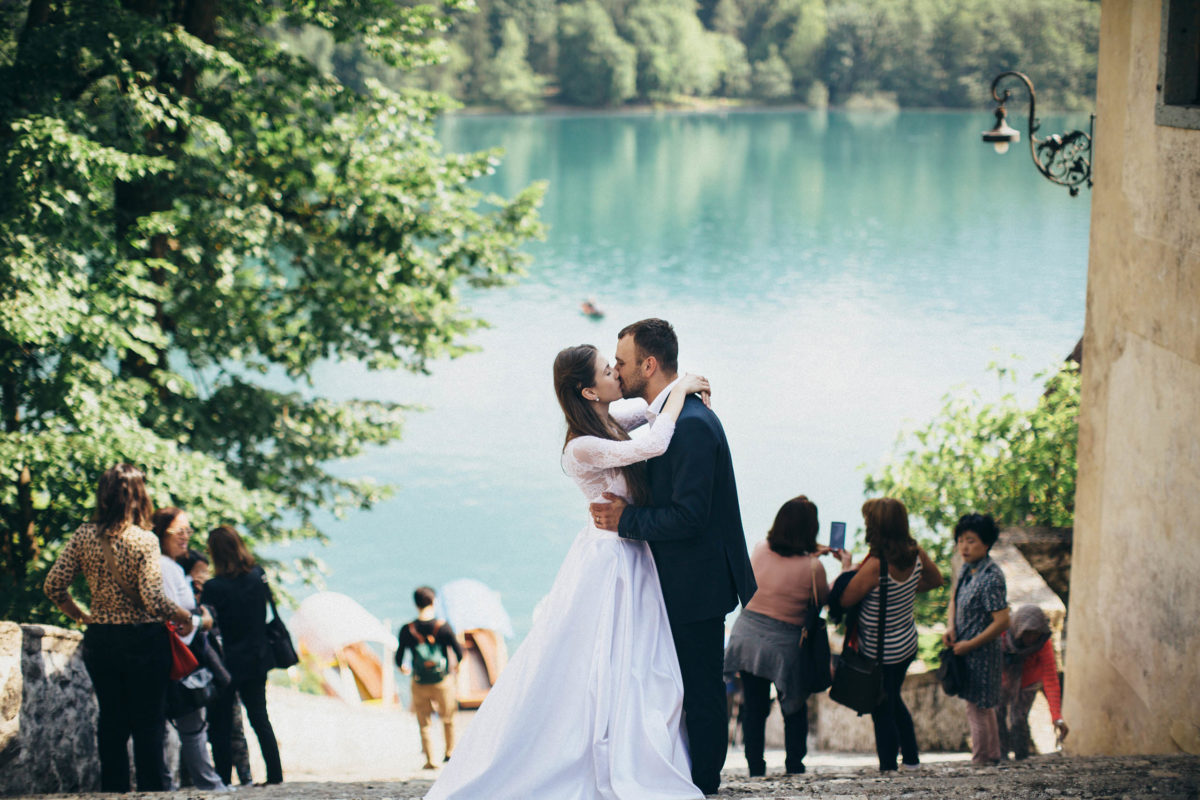 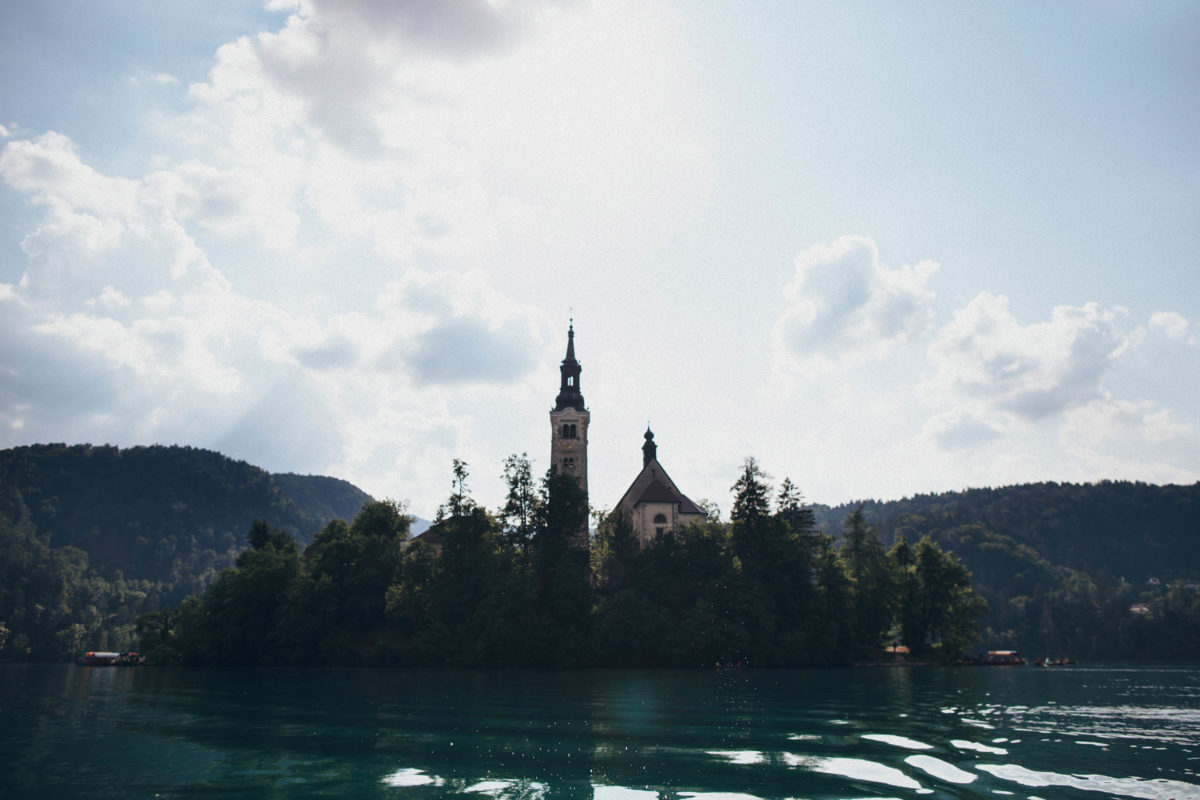 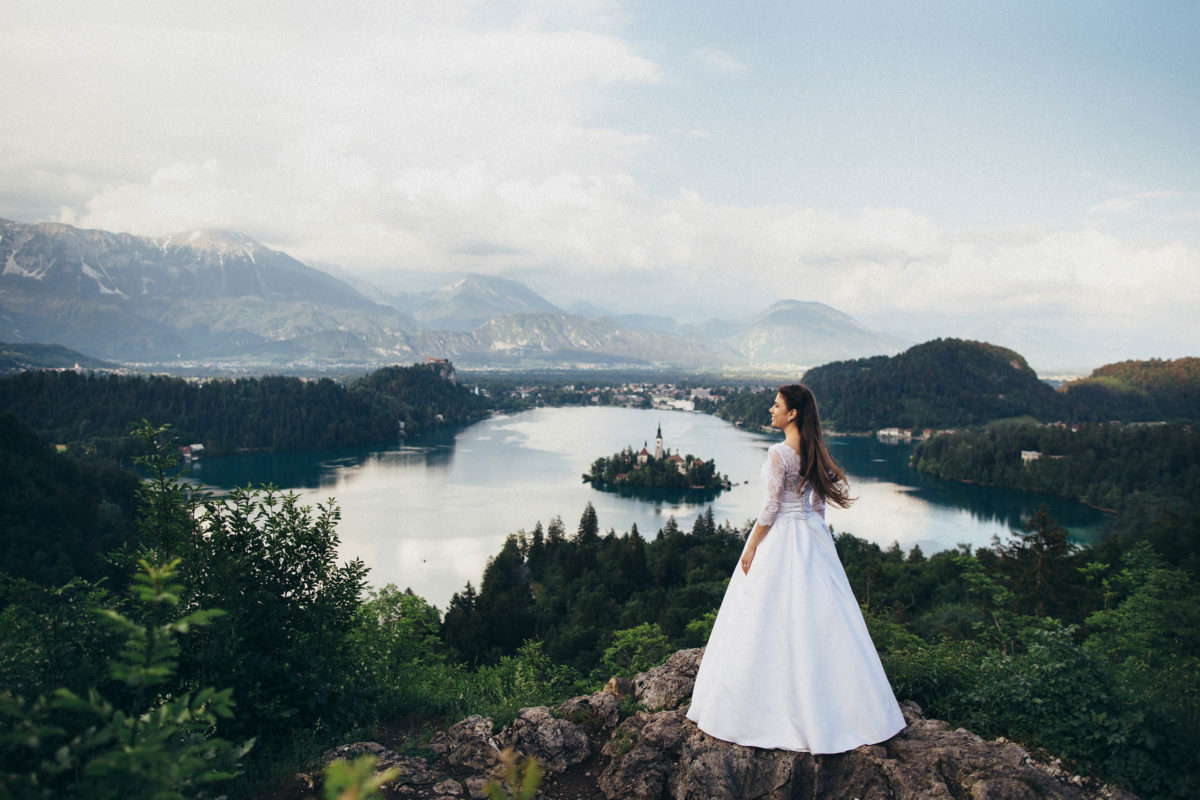 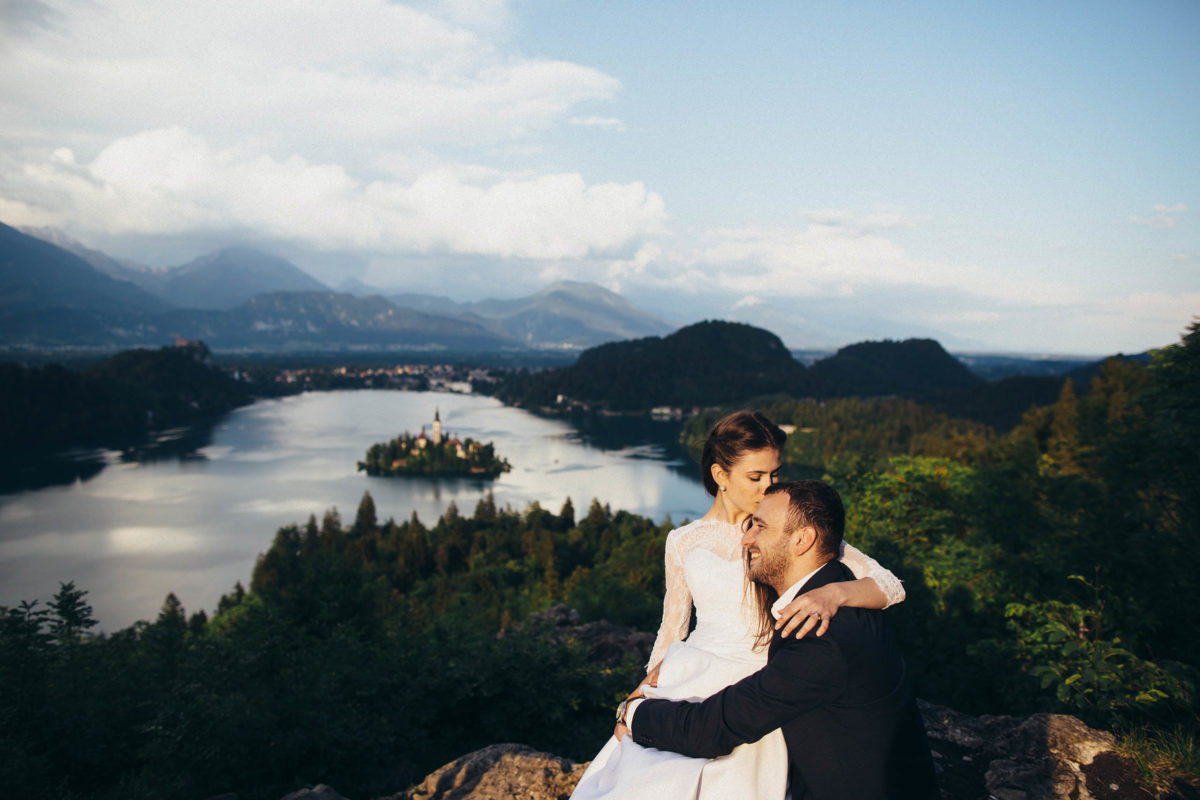 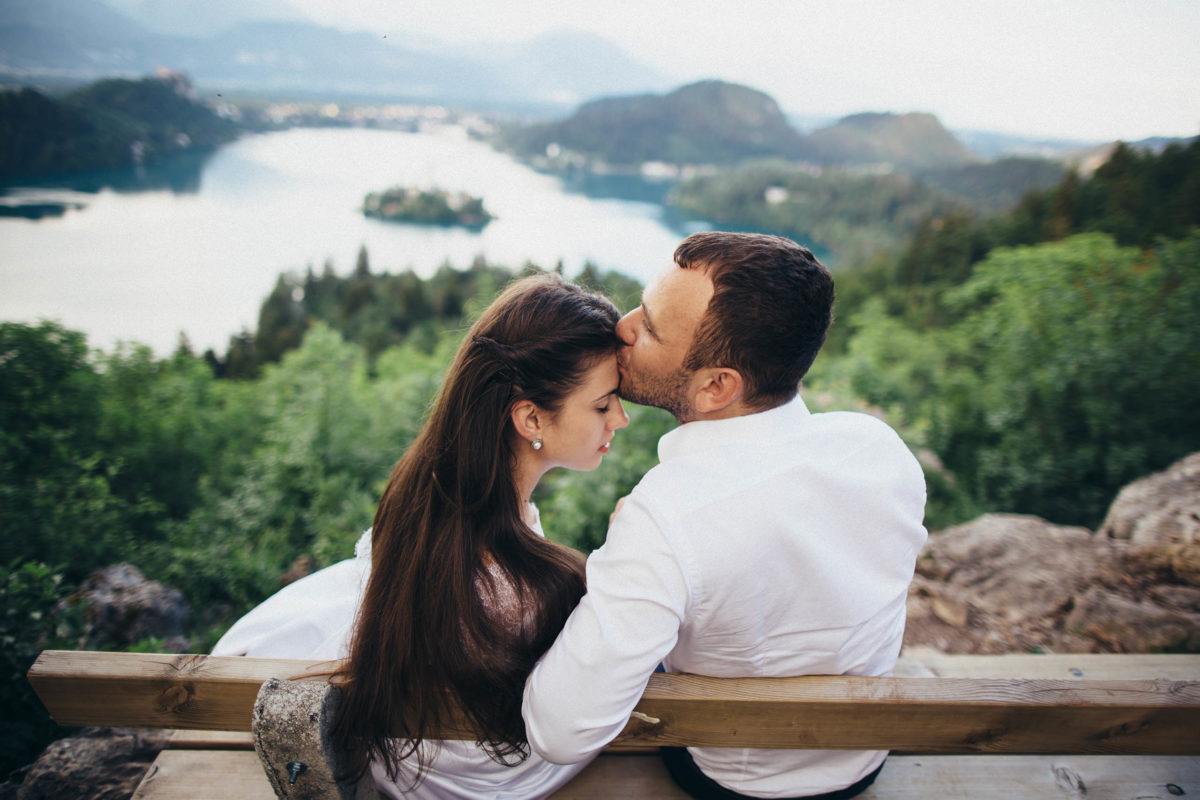 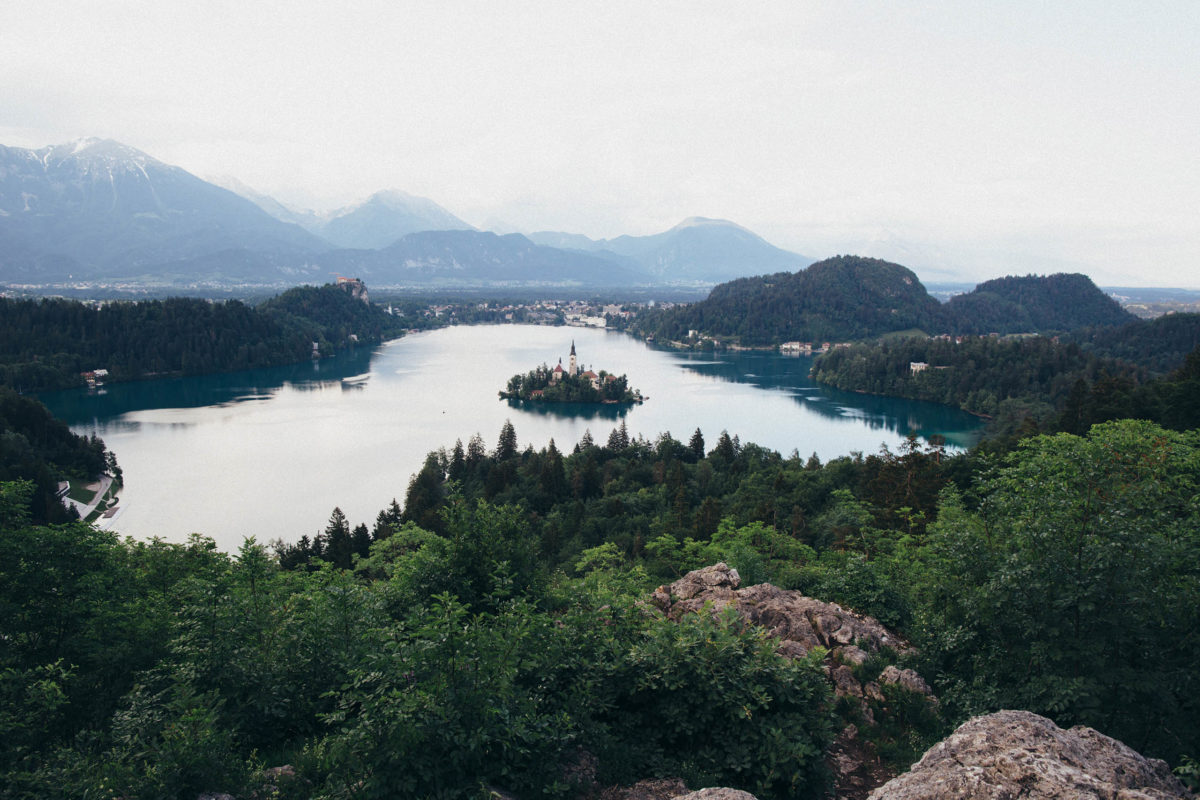 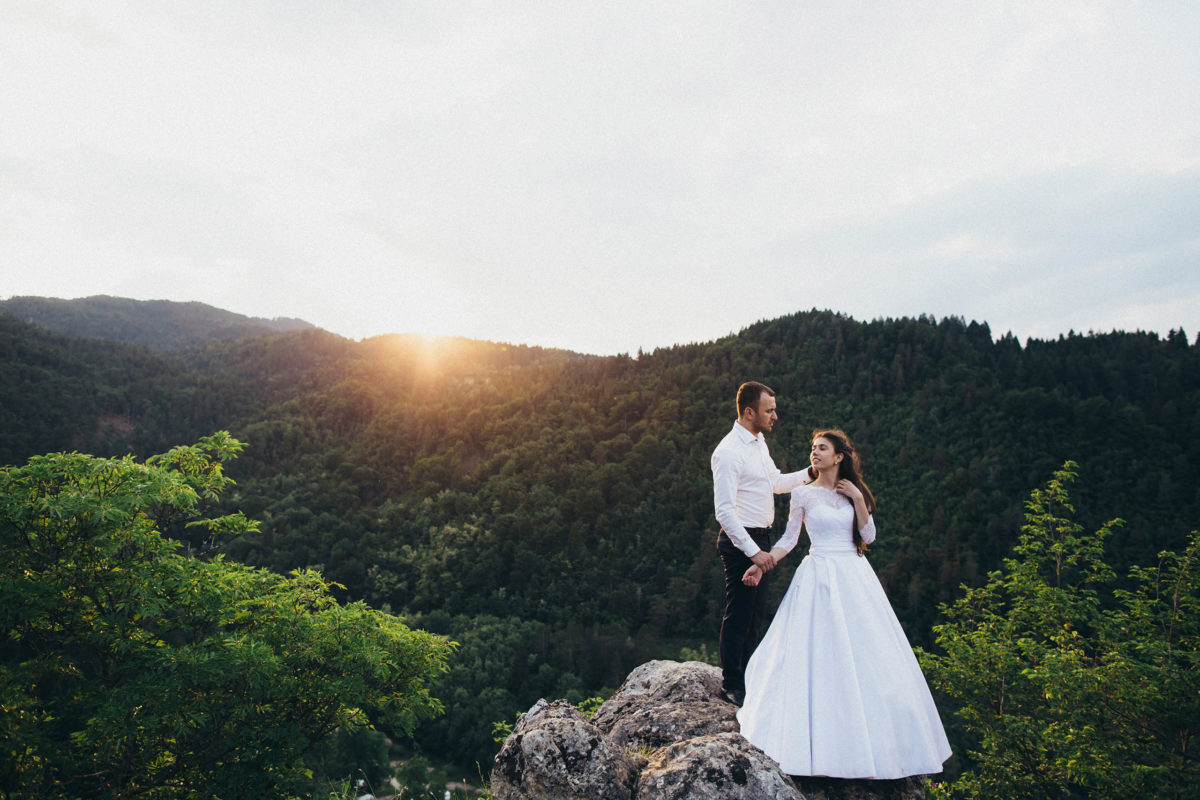 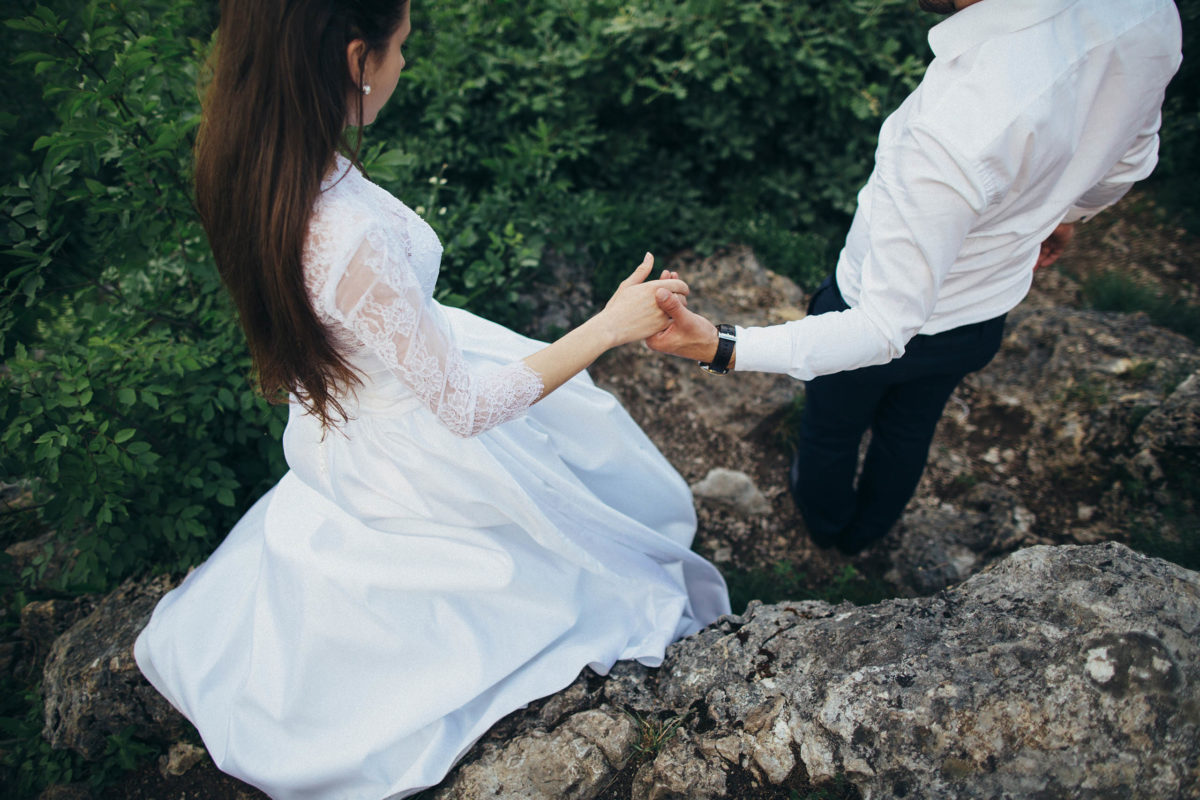 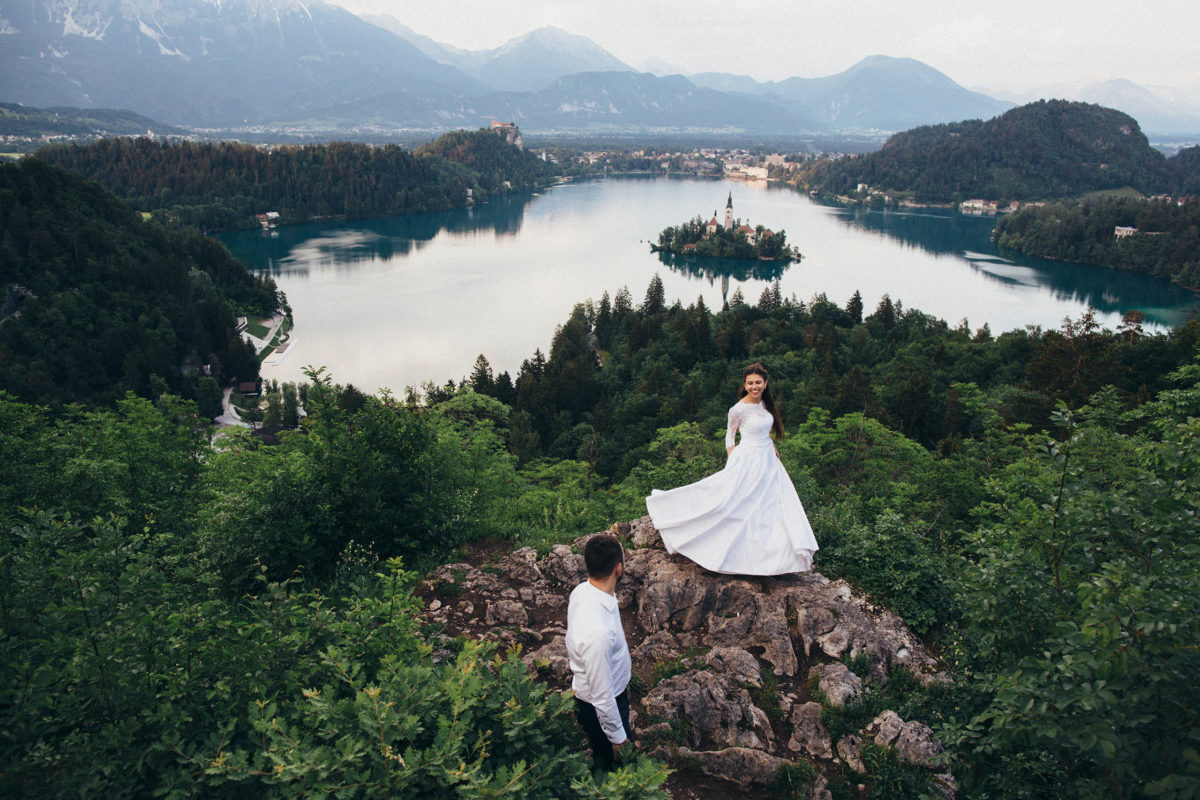 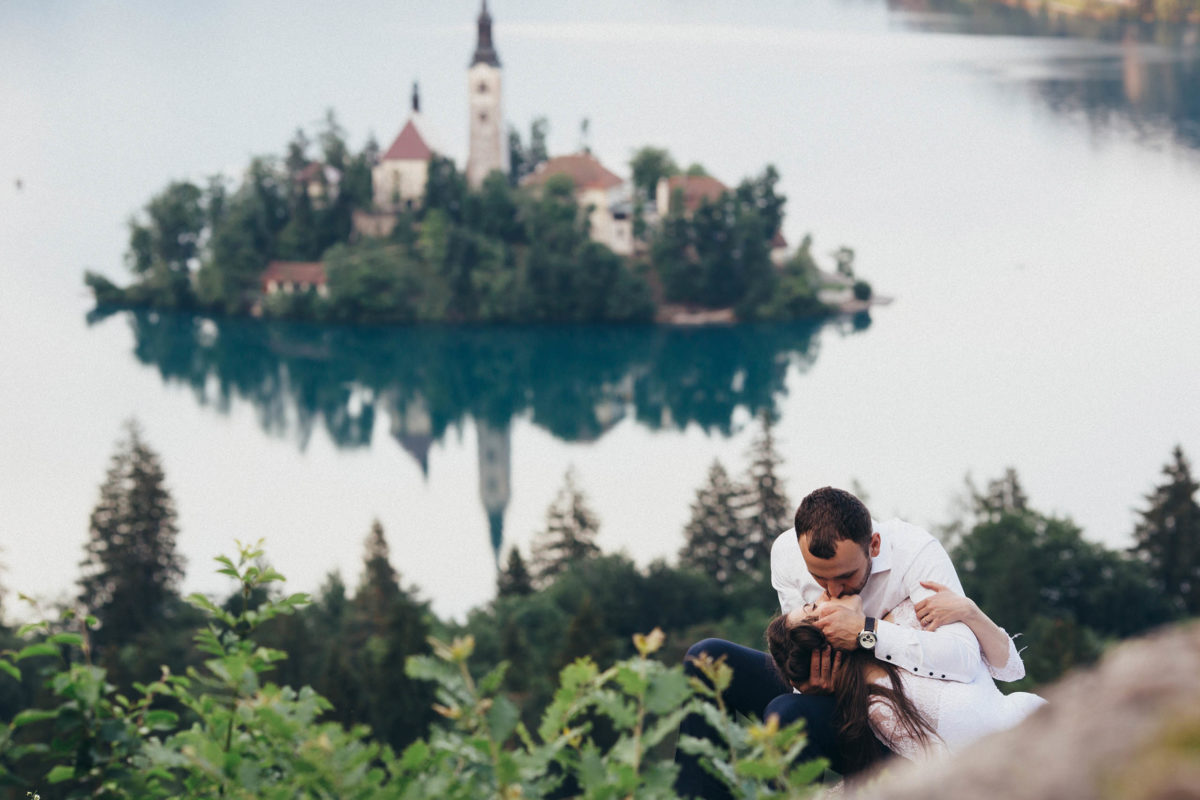 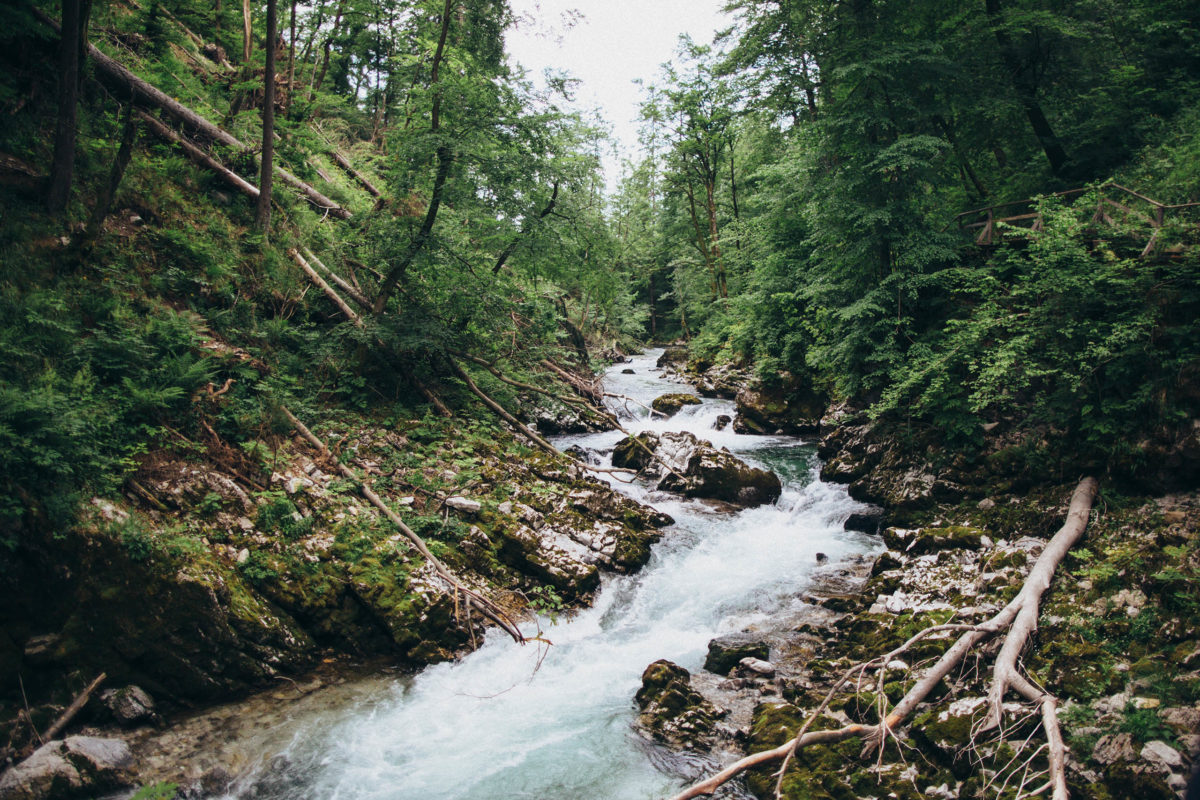 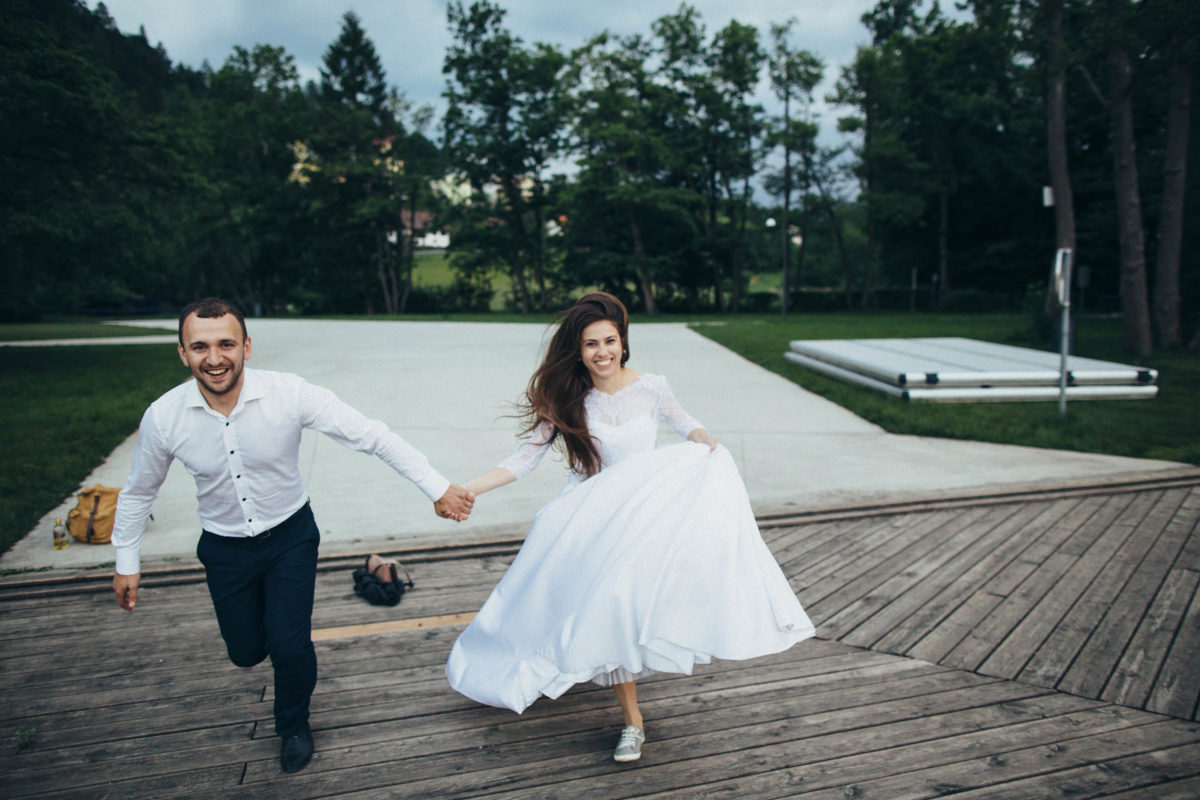 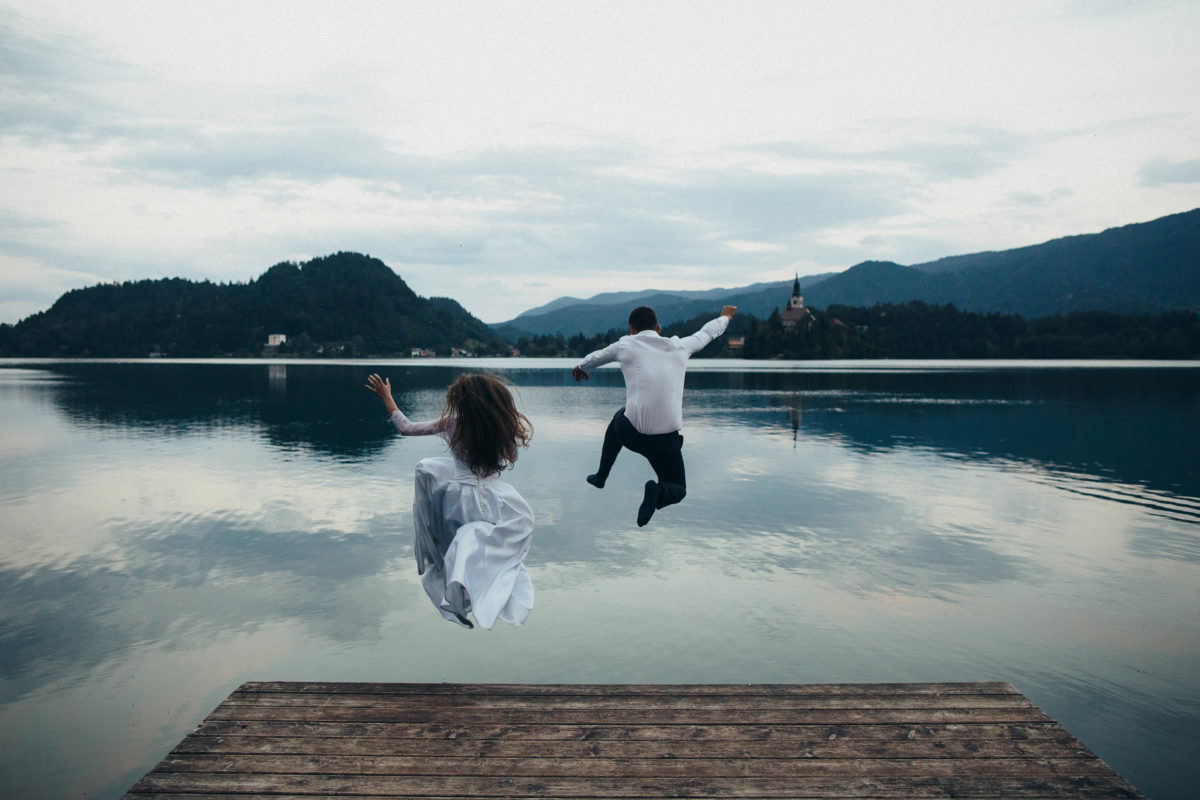 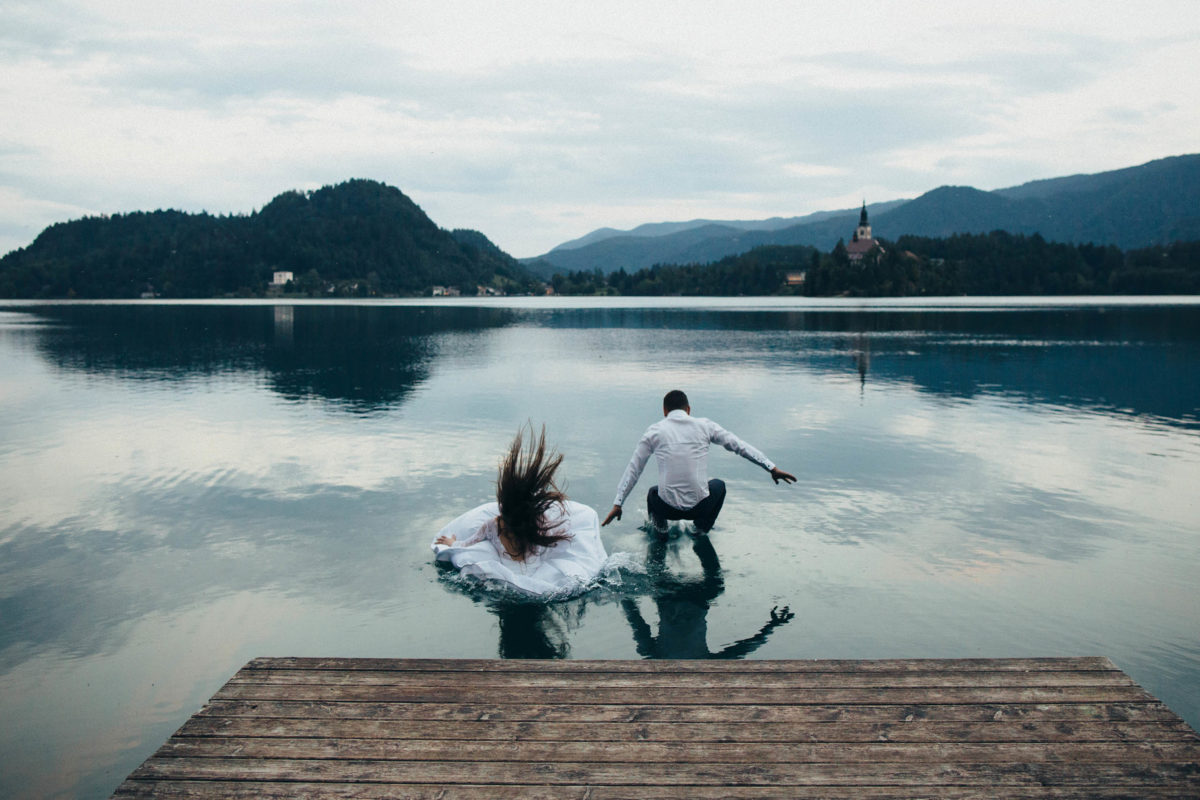 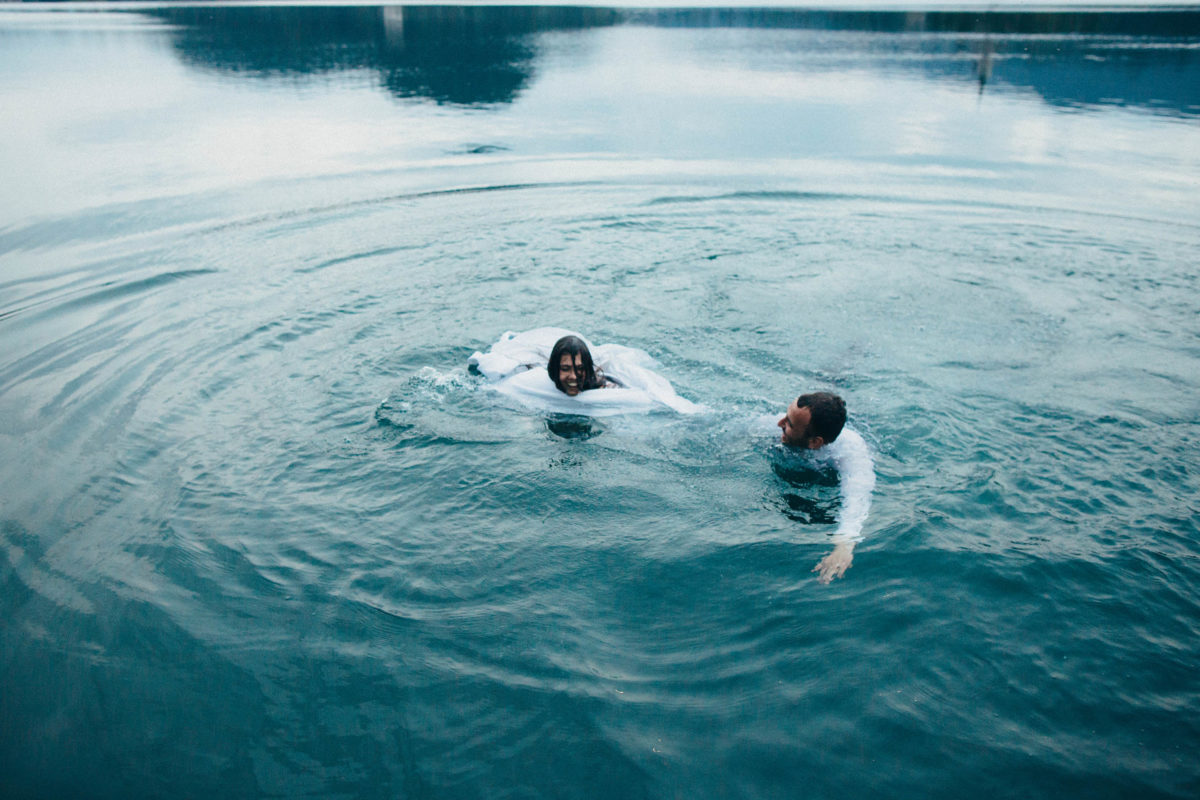 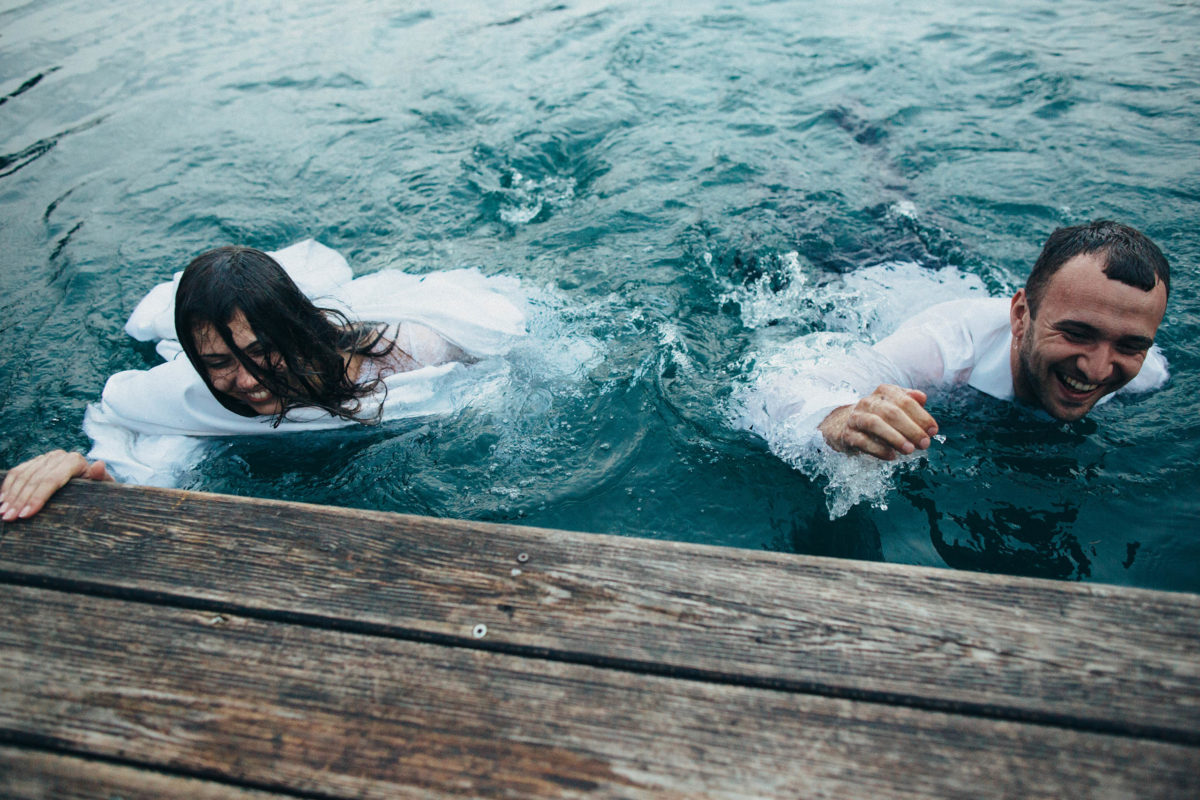 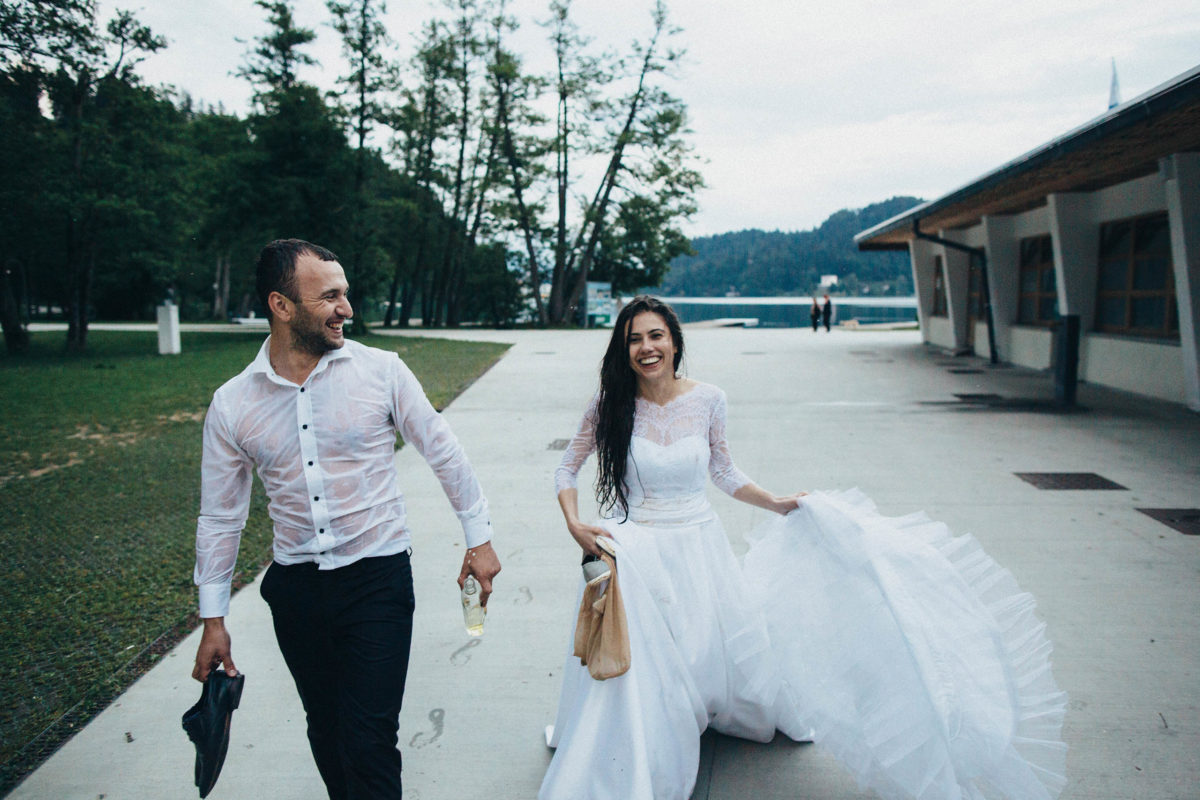